Around the world almost nobody knows of our Smokey Mountain disc golf tournament but millions could tell you after a cursory glance at the landscape, it is played in Middle Earth.  The attached photos show a course of sparse beauty.  Streams and swamps cross and bog paddocks.  Trees huddle on hillocks or jostle for space in dense primordial forest.  Snow capped volcanoes and alpine wasteland stand above the course and appear and hide with the passing of the clouds.  Yes, this is the magnificent Central Plateau, or Middle Earth, that Sir Peter shot to fame and we now walk.

The 21 attendees at this years tourney enjoyed conditions to ruddy a dwarf’s cheeks.  A magnificent Saturday of light airs and blue skies chilled to allow a morning of light drizzle on Sunday morning clearing to Spring heat in the afternoon.

The first round concluded with Gemma Sullivan equalling the low score of 56, joining brother Jackson, Blair Joines and Brad Muir in the top group.  A swag of new players from Auckland and Upper Hutt were experiencing the most elevated stop on the tour in perfect conditions.  Round two saw the scoring lower with Jackson and  Blair finding form with 53s.  Blair’s ace on Hole 1, the first throw of the afternoon was lucrative and the perfect opening for another  impressive round.  After 3 rounds only a count-back kept Gemma out of the top group.  The hottest contests were in open where Brad and Jackson tussled for the open title and in Grand Masters  where after 3 rounds Bob Gentil, Des Cooper, and Pete Boyle were separated by the width of Gollum’s squint. In the open battle it was Brad that put the heat on with a tournament best round of 52 tying up the top of the table.

Round four saw the Grand Masters head out to resolve their squabble, with the Tallest Dwarf, ‘Famous Bob’ Gentil, crushing the opposition with a 56.  New player Liam took Junior honours with four hard working and credible rounds.  Gemma, taking advantage of her excellent arm made light of the Women’s trophy while Blair easily scooped the Masters and the money.  The tussle for the Open went to the final hole with Brad Muir taking the honours, one shot ahead of Jackson.

Congrats to TD Des Cooper and his Lost Tribe assistants in once again hosting a casual and fun tournament and welcoming all comers to their slice of Middle Earth.

Hole 13 was one of the toughest par 3's on the course.

Our American visitor Dan Mercier was loving spending time in this magical middle earth environment, and playing some good golf as well.

Those Wellington partners in Disc Golf Sky Highway and Stephen Fargher still sharp after giving the keg a decent workout the night before.

Tommy K was enjoying the freedom of National Park and playing some great golf too.

Taumarunui Golfer Pete Boyle looked like he was going to run away with it after Saturday's 2 rounds.

Weren't there mountains there yesterday? - Sunday and the mist and drizzle changed the game for many.

Jacko Sullivan puts as Blair Joines keeps an eye on the chains. 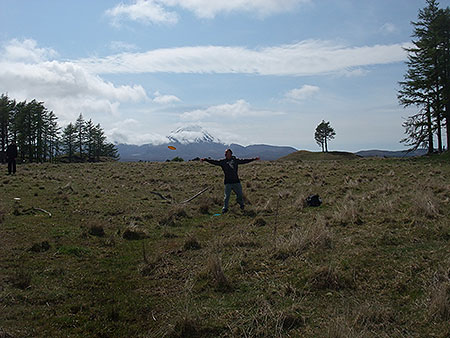 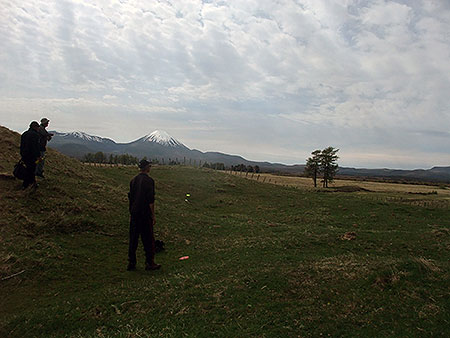 Disc Golf in the beautiful alpine environment of National Park. 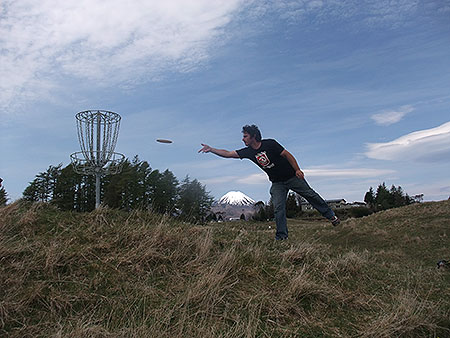 After playing most of his Disc Golf in Wellington Stephen Fargher was lovin the lack of wind at National Park (you were lucky this time! - ed.). 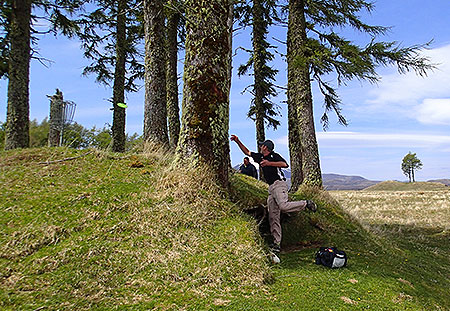 Track Knowledge - Using a hidden pocket, TD and course designer Des Cooper putts to the tricky basket on the knoll. 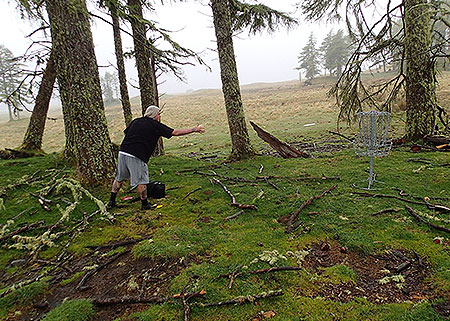 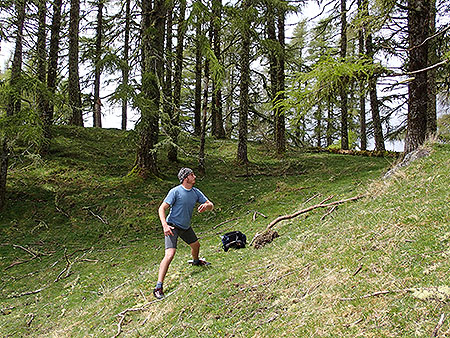 Auckland Disc Golfer Brad Muir played the most consistent golf over the weekend and got rewarded. 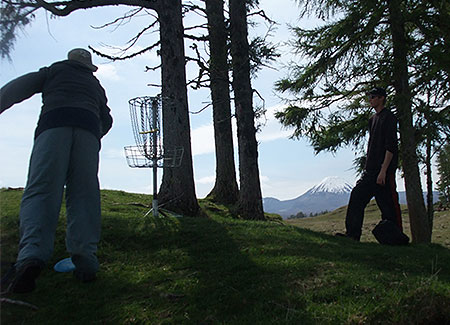 Dan Mercier from the States watches Tommy Kent slam his putt into the chains. 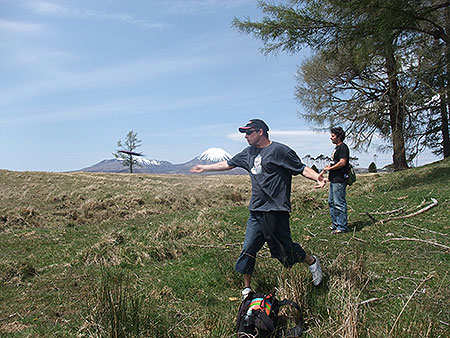 Harcourt Park regulars Sky Highway driving and Stephen Fargher taking it all in. 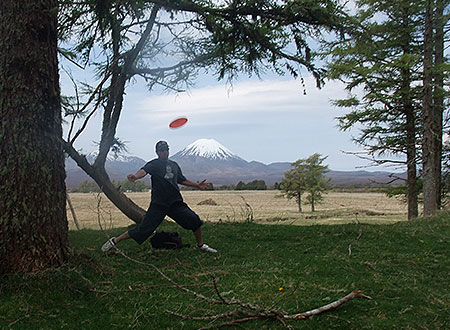 In a pose that almost looks like some freestylin', Wellington's Sky Highway showing his an-hyzer skills, framed by the stunning National Park scenery.

Braving the Sunday conditions our J10 Champ Liam Kent lines up a flick. 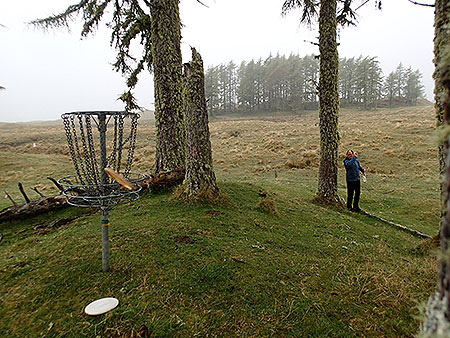